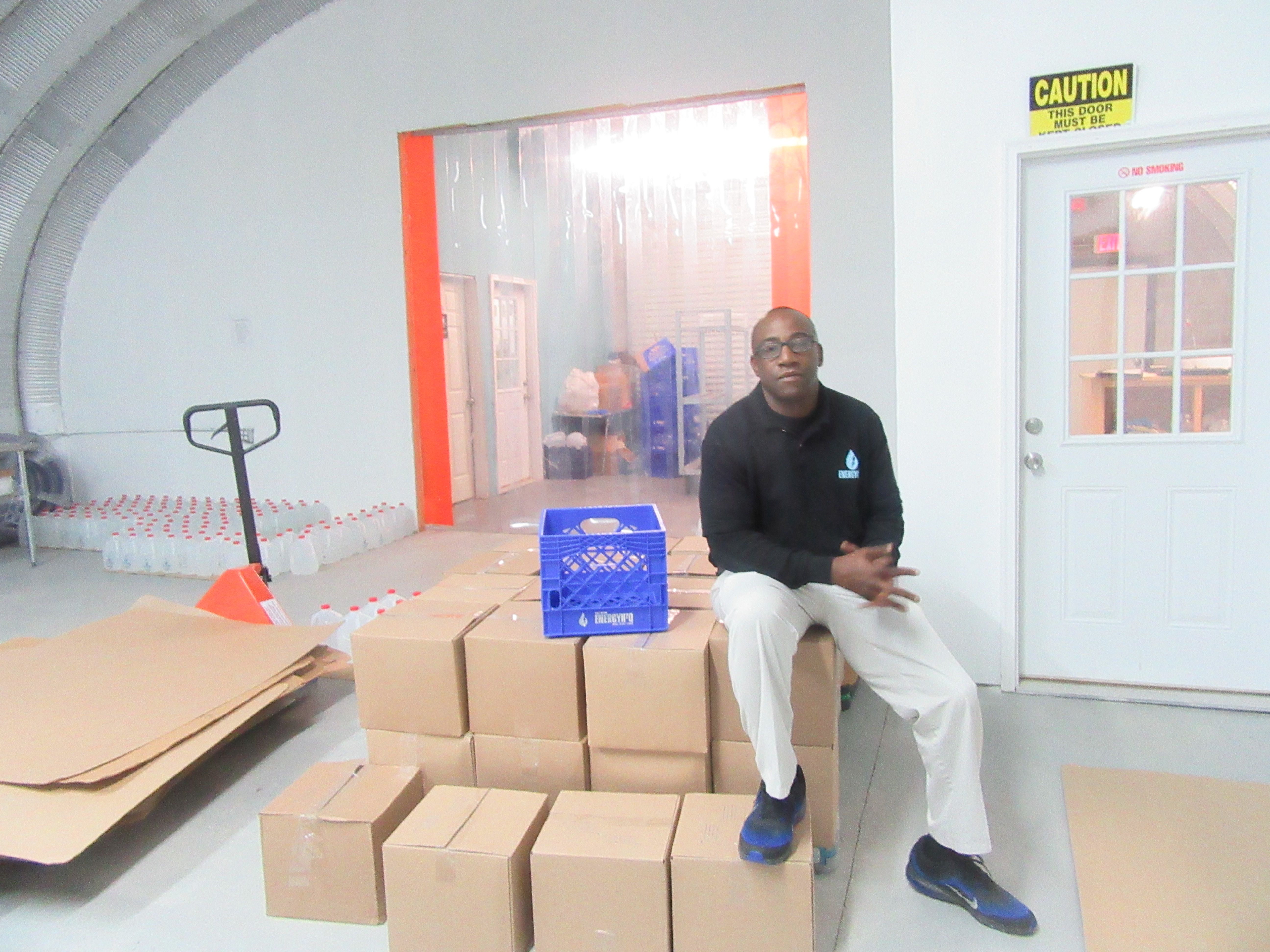 He has advanced to the next level in the Auburn Regional Alabama Launchpad Competition and will participate in the pitch presentation on Thursday, February 8, 2018.

He will go before the judges at 11:30am.  The pitches are being presented at Courtyard by Marriott, 2420 West Pace Blvd. in Auburn.

Moses presented his water business as a candidate for the $100,000 prize money.

His family owns property in Shorter, Alabama that has an artesian spring derived from water that is deep underground. This natural phenomenon blessed them with an endless supply of healthy, clean water.

Their water is sourced from one of the Earth’s purest aquifers. An aquifer is an underground layer of water-bearing permeable rock that serves as a filter, providing natural purification of groundwater. Their aquifer is contained in sedimentary geologic formations deposited during the Cretaceous Period, which occurred between 66 and 145 million years ago.

Moses founded a company to convert this natural resource into a business enterprise that would sustain his family now and well into the future. Family is everything to Moses. Even the water business is a family enterprise that evolved from the days when his great-grandmother, Carriedel Johnson was alive.

She would keep a bucket of water on the kitchen table. He remembers vividly dipping water from that bucket to quench his thirst. His memories go back to when he was about six years old, actively playing in his rural community and refreshing his little body with that good tasting water.

He was 30 years old when the idea hit him to rediscover that water source. By then, tall bushes and trees covered everything. So, Moses had the property cleared and that’s when he found the long-lost treasure – water spewing up, just like it did when his great-grandmother would catch it in her bucket.

In 2008, Moses and his mother, Carol Smith, founded Nature’s Own Carol’s Spring Water. In ten years, he has made slow yet steady progress concerning infrastructure, production and operations. In March 2016, with guidance and support from Tuskegee University and the student business program, ENACTUS, he entered the highly competitive bottled water market under the retail name Energy H20.

This put consumer-sized bottles of Energy H20 on store shelves. Moses is seeking more customers including government  and school buildings as well as retail stores and fitness centers.

For more on Moses Weaver, watch the video below.